Back in May 2021, CDC issued guidance stating that fully vaccinated individuals could forego masks in most indoor settings, and the public health community responded with alarm. Since then, COVID-19 case counts have risen sharply and new evidence has emerged about the transmissibility of the Delta variant. On July 27th, CDC updated its guidance to advise that fully vaccinated people “wear a mask in public indoor settings in areas of substantial or high transmission.” This is their rationale for making the change:

To some extent, this updated guidance corrects what many of us view as a serious mistake that CDC made in May when they issued advice that led several states to lift mask mandates. One of the major critiques of the May guidance was that it focused too much on individuals’ risk (which was indeed low after full vaccination) and not enough on risks to disadvantaged populations, which public health agencies are supposed to protect. Existing structural inequities—including a lack of paid leave for many hourly workers, who are disproportionately Black and Latinx—make it harder for those already facing the most challenges to get vaccinated. Children under 12 can’t get the vaccine, so parents who’d previously felt reasonably safe bringing their young kids to places where everyone was masked became more fearful—as did vaccinated people with compromised immune systems. As social scientists could (and probably did) tell CDC, the guidance would result in less masking not only among vaccinated individuals, but among the unvaccinated.

The CDC’s “Interim Public Health Recommendations for Fully Vaccinated People” recommendation about wearing masks in areas of substantial or high transmission links to the agency’s COVID-19 Integrated County View page, which includes a US map where counties are color-coded as having high, substantial, moderate, or low transmission. As of this writing, most counties have either substantial or high transmission. It’s hard to know how much of the current surge in COVID-19 cases is attributable to jurisdictions lifting restrictions (which includes limits on things like indoor restaurant dining as well as masking) and how much is because of the Delta variant’s greater transmissibility. But even if I did live in one of the few counties where transmission is low, I wouldn’t feel very protected given that travel between areas of high and low transmission hasn’t stopped. 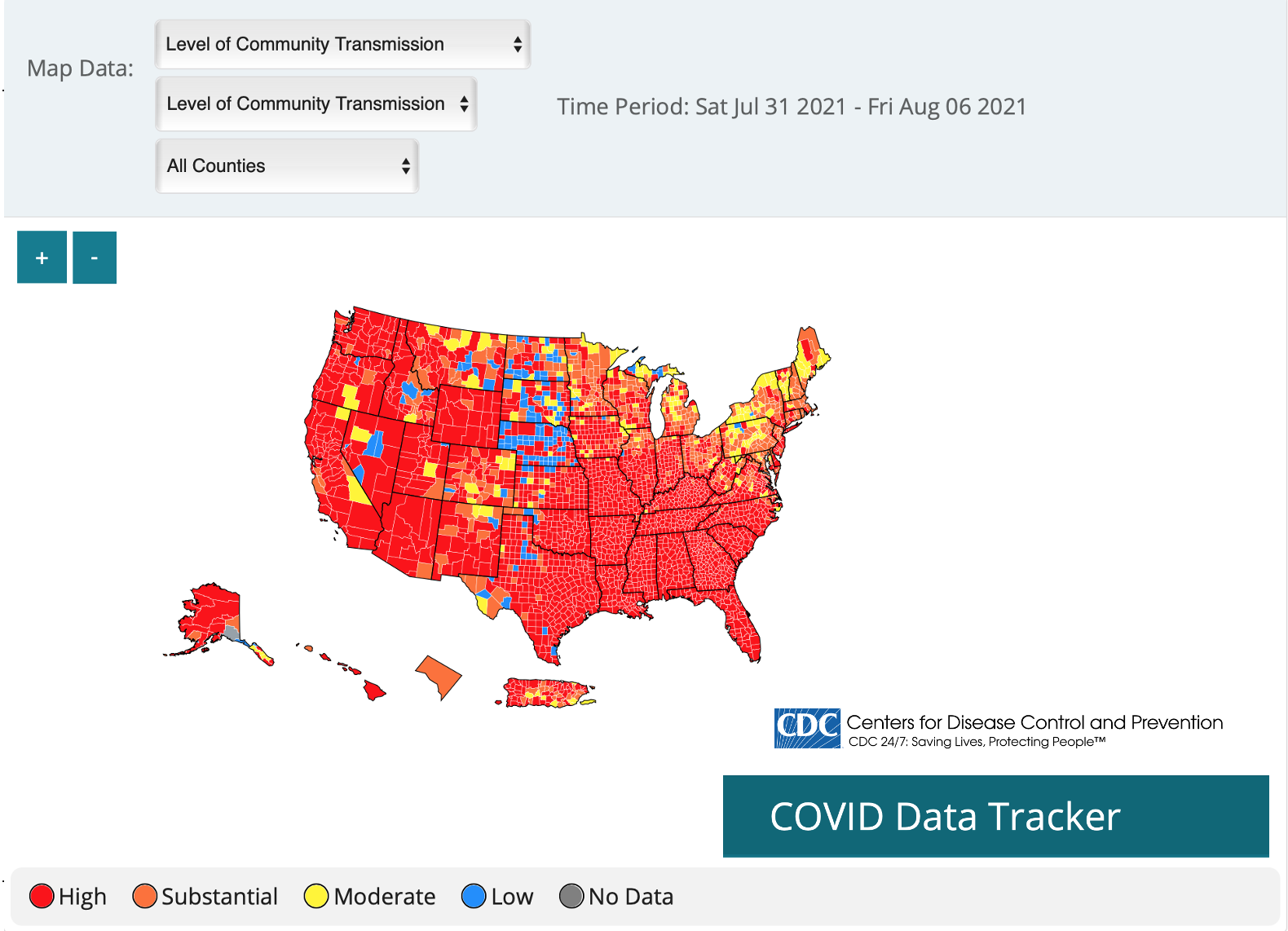 What I wish CDC had done was to recommend that states require masking in all public indoor settings and proof of vaccination for those who want to participate in public indoor activities like sporting events and restaurant dining. New York City has already announced that it’s doing the latter, and I hope my city and others will soon join that list. Not all states will follow CDC guidance—some never adopted mask mandates at all, and some even forbid localities or school districts from adopting preventive measures—but having the recommendation in place would make it more politically feasible. Political feasibility is another area where input from social scientists could help craft CDC guidance in ways that would maximize prevention.

Although CDC’s May recommendations were a disappointment and their July recommendations don’t go as far as they could, I’m glad to see that they’re responding to new evidence by updating their guidance. In particular, an investigation into a cluster of COVID-19 infections among residents and visitors of Provincetown, Massachusetts indicated a large number of infections among vaccinated individuals and that vaccinated infected people had similar amounts of viral RNA in their airways as unvaccinated infected people. While we expect to see a greater percentage of cases in vaccinated individuals in areas that have high vaccination rates, the viral RNA evidence from PCR Ct tests suggests that the Delta variant might lead to vaccinated people being able to spread the virus, even if they don’t typically have severe symptoms. Virologist Angela Rasmussen explains in this helpful Twitter thread that the PCR Ct values reported in that study aren’t necessarily indications that infected vaccinated people are as contagious as infected unvaccinated people—though she also comments, “It’s the right call to assume they are, and recommend precautions.”

COVID hospital admissions are once again soaring in several states, with big increases among seriously ill children as well as adults. This is literally a life and death matter. I’m glad CDC has updated its guidance; now we need federal, state, and local officials to acknowledge the severity of the situation and respond with protective policies.